Malaysia to host seminar on code of conduct in East Sea

Bernama news agency quoted Kazi Mahmood, memberof the event's organising board, as saying the seminar aims to deliberate anddiscuss how much of the COC should be a tool for peace and security for theASEAN member states.

He reportedly cited experts’ view as saying theEast Sea is an important shipping area rich in minerals and marine resources,and that the COC will cover all aspects such as security, ownership, respect ofinternational laws, stability and future economic exploitation of the East Sea.

The official said the COC is important becauseit offers an opportunity for ASEAN to have a hand in the security dealings inthe disputed seas.

Among the three main speakers,Carl Thayer , anemeritus professor at the University of New South Wales in Australia, will betalking on the COC. Meanwhile, Bunn Nagara, Senior Fellow of the Institute ofStrategic and International Studies (ISIS) Malaysia, will speak on the East Seain conflict; and Ang Chin Hup, a senior researcher at the Maritime Institute ofMalaysia, will talk about the economics of the East Sea conflict, theorganising board said./.VNA 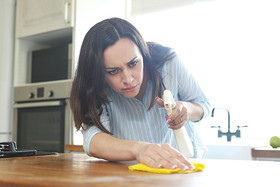